Due to the Coronavirus lockdown, Healthy Basement Systems will be closed and will re-open June 1st. We are currently booking appointments for after that date.

Striving for excellence through out the company, the office staff took it upon themselves to become fully certified in Mold Remediation along with the production and sales team! 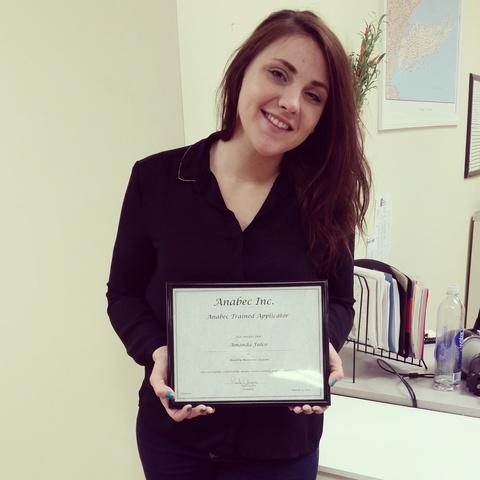 With the ending of 2014, rolling on into 2015, Healthy Basement Systems is always looking for ways to grow and become an even better company. Each department is constantly asked to give feed back on how they can improve upon what they've been doing and suggest new ideas.

Healthy Basement Systems is a multi-service company specializing in many different areas of improving basements, crawlspaces and home foundations. Being that we live on an island surrounded by water, one of the most common calls they receive from distressed home owners is usually in regards to serious mold problems.

It dawned on company owner, Bill Simone, that all of his sales and production teams were fully certified by Anabec to use their mold removal/prevention products. The office had never had a reason to be certified being that they don't traditionally go out into the field. However, the need for everyone to have knowledge on mold remediation became very apparent with the increase in phone calls and questions about the matter with every passing year.

Once it was decided to move forward in certifying everyone, the process moved quickly. Each team member was motivated to study the material and prepare to take the online test. Things even got a bit competitive in seeing who would score the highest!

A few short weeks later, everyone had taken their tests and eagerly awaited to see that they passed. All team members passed with flying colors and received their official certification awards in the mail.

Healthy Basement Systems is very proud to announce that every team member is now officially Anabec certified in mold remediation!